RPRD (Right Patient Right Drug) Diagnostics, a leading pharmacogenomics (PGx) test developer and services provider, today announced a Phase 1 Small Business Innovation Research (SBIR) grant (No. R43FD007247) awarded by the FDA to develop a clinical test to accurately identify the genetic variation associated with Cytochrome P450 2D6. This gene, also known as CYP2D6, is recognized as part of a family of genes affecting up to 25% of all drug interactions, including those associated with cancer, pain management, and several antidepressant and antianxiety medicines.

The grant will fund the development of a new assay using leading-edge technologies, including long-read sequencing, to comprehensively characterize the full gene region. While PGx aims to optimize drug therapy based on the effect of genetic variations on drug response, most current tests for CYP2D6 are based on commonly identified genetic variants affecting drug metabolism in those primarily of European descent. However, RPRD’s assay development would include ethnicity-inclusive testing for diverse populations to also cover clinically important genetic variants found across race and ancestry groups. The resulting improved accuracy will reduce false testing results of CYP2D6 and likely directly translate to improved patient outcomes across ethnic populations.

The CYP2D6 genetic variants influence the metabolism of certain drugs, thereby affecting drug efficacy and safety. Due to its complex structure and surrounding pseudogenes, CYP2D6 is a very challenging gene to diagnose, and clinical testing platforms and labs struggle with mischaracterizing or inaccurately identifying it, leading to incorrect prescription and dosing recommendations.

“RPRD’s proposed approach to more accurately genotype for CYP2D6 is innovative and if successful will be a substantial step forward towards a unifying testing method across the industry,” said Andrea Gaedigk, Ph.D., a leading expert on CYP2D6 pharmacogenetics and the Director of the Pharmacogene Variation Consortium (PharmVar.org). “I see this assay development as holding great potential not only for PGx research but also clinical testing.” Gaedigk also holds positions as Director of the Pharmacogenetics Core Laboratory at Children’s Mercy Hospital, Kansas City, and as a professor at the School of Medicine, University of Missouri-Kansas City.

Student Kick Off for for the Hyper Innovation Tech Lab 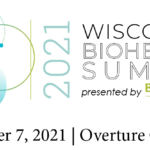 Overture Center for the Arts,