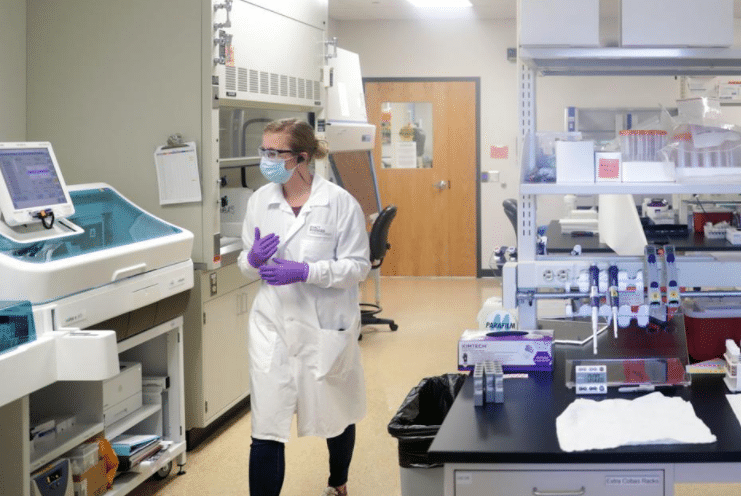 Five of the eight companies acquired by Exact Sciences in the past three years are helping the Madison-based maker of the Cologuard stool-based colon cancer screening test work on its next goal: cancer blood tests, including one to detect more than a dozen types of cancer from one blood draw in people with few or no symptoms.

“That’s what we want to bring to the world … a simple, inexpensive test that is able to help lead to cancer detection in the earliest stages when it’s most treatable,” said CEO Kevin Conroy, who is preparing next year to launch a clinical trial of the multi-cancer test in tens of thousands of people.

UW Health has opened its own lab for cancer blood tests and recruited a scientist who helped invent a related technology licensed by Exact Sciences. For some cancer patients whose tumors are hard to reach or might have genetic mutations targeted by available drugs, UW doctors have started ordering blood tests instead of traditional tissue biopsies, typically with quicker results to guide treatment.

The Tinsmith
No event found!