In our post-COVID world, science must be our new frontier

As the United States looks to science to help us get past the COVID-19 pandemic, we would be well advised to also look back. Seventy-five years ago this summer, when our country faced financial uncertainty about the post-war future, a farsighted engineer named Vannevar Bush made it clear that America’s enduring technological leadership and economic vibrancy were inextricably linked. His report to President Truman, entitled “Science — The Endless Frontier,” proved to be a blueprint for prosperity and economic vitality. We would be well served to continue heeding its central message.

Following the worldwide devastation of World War II, America’s industries had to wait for other countries to rebuild before they could afford to buy what we built — things such as cars, airplanes and electronics. However, as other societies rebuilt, they gained industrial capacity and learned to duplicate what American factories made, but at a lower cost. As a result, more and more factory jobs were filled overseas.

So how did America’s economy continue to lead the world, despite the surging of other economies? The secret is that we kept inventing and developing things that never existed before, and that no one else knew how to do. Our creative free-enterprise system then generated things of value out of these discoveries, such as the booming biotechnology economy that grew out of research into the molecular underpinnings of life, and the computer technology industry and advanced manufacturing that grew out of the broad spectrum of physical science research.

These discoveries, and others too numerous to list, have continued to give rise to entire new industries, with America consistently leading the way and reaping the economic and security benefits. We must recognize, however, that as other countries learn the technologies we develop and manufacture them more cheaply, this inevitably results in jobs being created outside the United States.

How do we stay at the forefront? Only by continuing to discover what no one else knows, and recognizing ways to make those discoveries valuable. This is essentially the recipe that Vannevar Bush presented to us in 1945, and that has served us so well.

Our society is properly attentive to cultivating commercial innovation. But the ultimate seed of new technology is new knowledge. It is the substrate upon which creative entrepreneurs work to yield valuable innovation. It is our ability to follow our curiosity to new, previously unimagined knowledge that has been the ultimate wellspring of our success.

Stark proof of the importance of research to feed this virtuous cycle of discovery and innovation is found in the espionage activity of countries that intend to displace us as the world’s top economy and influencer. By stealing the results of basic science research, they hope to have the seeds of valuable innovation before we do. Consider how much effort other countries are putting into obtaining our scientific secrets, whether it’s forcing American companies to give up their intellectual property in exchange for selling in their markets, or sending spies to work in our universities and labs, or hacking into our electronic networks. These efforts show that besting us in research is as important to them as countering our military by learning its secrets by “conventional” espionage activities.

If our adversaries see the strategic importance of research, we are harming ourselves if we do not similarly view our research enterprise as crucially vital

We should treat our research enterprise as the strategically important gem that it is by moving its place in the budgetary structure from being a “discretionary domestic program” to being an activity essential to our security and economic well-being. It’s time to put science on the same level as our national defense. As we examine how to allocate the resources of our country, we must recognize that scientific research is a strategically important national, economic, and security activity. Researchers and their labs are every bit as important to our national security as troops and their guns. Science should not be made subservient to anything else.

Such a shift in how we support research would allow us to ask ourselves some fundamental questions about investment in science. If, for example, we were able to double the size of our budget for basic scientific research, how might we do science differently? Do we become more collaborative among universities? Do we fundamentally change our workforce in science to more effectively deliver what society expects of us?

The lessons from Bush’s report are as valid today as they were three-quarters of a century ago — and they are equally urgent. By securing the future of science, the federal government can help the nation achieve vital national objectives, from health care to security to economic prosperity. What’s more, we’ve had 75 years of experience to show us that it works.

Now is the moment to accept this challenge. America is at our best when we are doing something no one else can do. Vannevar Bush realized that. Let’s build on his inspiration.

Brad Schwartz is CEO of the Morgridge Institute for Research, a private, nonprofit research institute dedicated to interdisciplinary biomedical research in partnership with the University of Wisconsin-Madison. A physician-scientist, he is committed to the mission of public research universities. 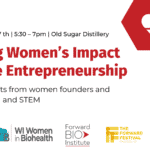 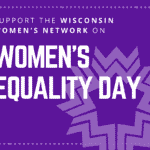 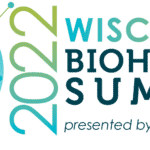 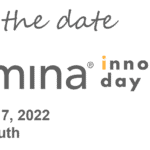 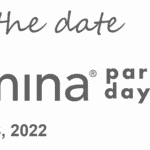