Declining mental health is a deepening crisis in the U.S. Even prior to the COVID-19 pandemic, one in five adult Americans reported mental illness. Episodes of anxiety and depression have increased up to four-fold during the pandemic, according to the U.S. Centers for Disease Control and Prevention.

Black residents in Milwaukee County account for 47.5% of users of mental health services, despite making up just 27.2% of the population, according to the Wisconsin Department of Health Services and the U.S. Census Bureau.

“Scientists are researching whether new technologies can help screen for depression symptoms that may then lead to more accessible and timely mental health services,” said Michelle Simpson, PhD, RN, Director of the Howe Center.

The patent-pending technology that’s being evaluated in the study was developed by AI company aiberry, the study sponsor. The AI system takes a video of a patient during their interview with a mental health professional and analyzes multiple data channels – video, audio and speech content – both separately and in combination, to extract patterns specific to a particular mental health disorder. The system then assigns a score showing the likelihood the patient has a particular mental disorder.

“The aiberry platform is the result of more than a decade of research by our Chief Scientist Dr. Newton Howard, one of today’s foremost experts in computational and cognitive neurosciences, and his collaborators,” said Sangit Rawlley, aiberry’s President and Cofounder.

The clinical trial aims to train and validate the aiberry platform’s ability to detect depression in a diverse patient population. People who participate in the study will complete depression screenings and record a video interview. Researchers plan to enroll 1,000 participants ages 13 to 79 in the study.

Researchers also aim to study the technology’s capability of assisting with the diagnosis of other mental health conditions. 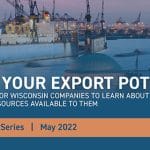 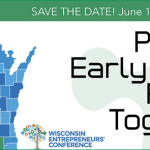 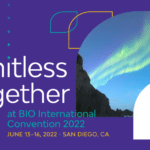