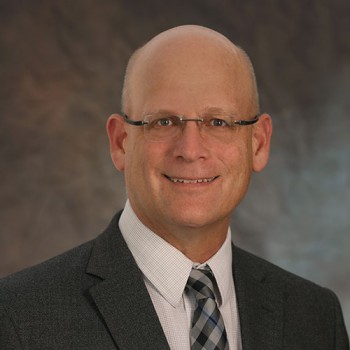 April 13th, attendees heard from David Lewis, Chief Science Office of Arrowhead Research Corporation. A pioneer in the use of RNA interference, Dr. Lewis and Arrowhead are in clinical stage trials to treat chronic hepatitis B virus (HBV) infection through their ARC-520 and ARC-521 platforms by reducing the expression and release of new viral particles and key viral proteins with the goal of achieving a functional cure for HBV.

Attendees learned about this amazing research hoping to find a functional cure for a disease that has none and about the Madison research team that has continued work together from Mirus, to Roche, to Arrowhead Research.

Dr. Lewis is a pioneer in the use of RNAi and was the first to show that siRNAs could be used to inhibit gene expression in multiple tissues of adult mammals. He is a co-inventor of DPC technology for targeted delivery of siRNA. Prior to his role as Site Head at the Madison facility, Dr. Lewis was the Program Director for RNAi at Mirus Bio Corporation, prior to its acquisition by Roche in October 2008.

Dr. Lewis received his B.S. degree in Biochemistry and Molecular Biology from the University of Wisconsin-Madison, and his Ph.D. degree in Biochemistry from Michigan State University. He went on to the Howard Hughes Medical Institute at the University of Wisconsin-Madison to perform post-doctoral studies where he developed viral and non-viral methods to modulate gene expression in animals, and discovered novel gene regulatory mechanisms involved in body patterning.

Dr. Lewis has authored 25 scientific papers and book chapters, has 19 patents, and has been awarded government-sponsored research grants totaling more than $5 million. He has given numerous invited speaking presentations at both scientific conferences and research institutions. He has served on several NIH review panels and is a lecturer in the Masters in Biotechnology Program at the University of Wisconsin-Madison.