THRIVING IN A NEW ERA OF HEALTHCARE SOLUTIONS: WISCONSIN’S ROLE
IN THE EVOLUTION OF MEDICINE AND TECHNOLOGY

As medicine and technology continue to converge, the future of healthcare solutions is on the horizon presenting new opportunities, challenges, and shifts in today’s healthcare industry. BioForward Wisconsin’s annual summit featured keynote and panel sessions highlighting the emerging trends in this new era of healthcare solutions and brought together experts with insight to these trends.

A Brief Recap of the 2017 Wisconsin Biohealth Summit – True Process

A Beginner’s Guide for Women in Biohealth – Summit Panel Recap

PROGRAM AT A GLANCE:

Envisioning the Future of Healthcare Technology

Foxconn Technology Group recently announced commitment to Wisconsin through the selection of Southeastern Wisconsin for their high-tech manufacturing plant and technology campus. Foxconn has a history of investments in healthcare and bioscience initiatives, and with Foxconn’s decision to invest in Wisconsin for display manufacturing comes the possibility of research partnerships, medical manufacturing, investment and employment for Wisconsin’s concentration of STEM-educated workforce.

Hear from the Charlie Alvarez, Senior Advisor to the President for Foxconn Medical Group on using technology to enhance healthcare, their initiatives within healthcare technology, and what they envision for the future for Foxconn and Wisconsin’s biohealth industry. 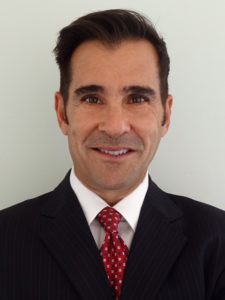 He joined start-up U.S. Imaging Solutions with an investment from Huizenga Holdings in November of 1999 as President with a goal of pursuing his entrepreneurial dream. Charlie grew revenues from $1M in 2000 to over $12M in 2003 in a very competitive business and market.

In April of 2003 Charlie joined PDSHeart as Executive Vice President of Sales, responsible for expanding the sales force to cover the entire continental U.S. He successfully hired, trained and grew the sales force from 6 reps and $3M in revenues in 2003 to 40 reps and over $25M in 2006. In March of 2007, PDSHeart was acquired by CardioNet (now BioTelemetry). Charlie led the road show for a capital raise of over $110M of institutional financing for CardioNet’s acquisition of PDSHeart. Charlie joined CardioNet as Executive Vice President of Sales. CardioNet is the world’s leading supplier of Mobile Cardiac Outpatient Telemetry. Charlie was responsible for leading the direct sales force and expanding the CardioNet product offering to hospital systems and cardiologists across the country to over $100M in sales.

In 2008, Charlie co-founded Watermark Medical a privately held sleep diagnostics and therapy company focused on improving the clinical outcomes of patients with sleep disorders and other chronic diseases. Charlie was President of Watermark through the acquisition of SleepMed in 2013. At SleepMed, Charlie built a leading and innovative sales company that focused on selling diagnostic home sleep testing devices and therapy to hospitals and physician offices in the US through both a direct sales force and through leading medical product distributors. Under Charlie’s leadership, the company grew to over $90M in sales in 2014.

In 2014, Charlie was recruited to run and grow sales and marketing at Sotera Wireless, Inc. a San Diego based medical device company dedicated to the development, marketing and sale of a new generation of comprehensive vital signs monitoring. As Senior Vice President of Sales and Marketing for Sotera Wireless, Charlie’s mission is to improve patient safety by enabling nurses & clinicians to detect early signs of deterioration in virtually any care setting. Sotera enables early intervention and rapid response, all without limiting the patient’s freedom of movement through body worn sensor technology. Charlie has grown sales to over $10M in revenue through 2016.

In 2017, Foxconn Corporation became the majority shareholder in Sotera Wireless. Foxconn asked Charlie to join the Foxconn Healthcare Group, M Group, to become the Senior Advisor to the President and help launch Foxconn’s entry into the US Healthcare market.

With more than 25 years of healthcare knowledge, he has the leadership and experience to transform an industry and build a leading healthcare company.

10:45-11:45 AM Breakout Session: What’s Next for U.S. Healthcare? The Impact on the Biohealth Industry and Consumers

What’s Next for U.S. Healthcare? The Impact on the Biohealth Industry and Consumers

Wisconsin’s healthcare systems generate $26 billion annually in economic impact, paralleling the 1,600 biohealth companies that call Wisconsin home.  As the healthcare debate on Capitol Hill continues, the future state of healthcare and the larger biohealth community remains unknown. Hear from a panel of government affairs experts on their predictions, perspectives, and insights on upcoming healthcare reform legislation, including the impact on state and federal policy and the biohealth industry.

Connecting and Collaborating with Women in Biohealth

The Women in Biohealth initiative has launched in Madison and is kicking off this initiative with some of Wisconsin’s leading women in biohealth on an introductory panel. Topics will include emerging trends, attracting women to biohealth, exploring career options, transitioning from academia to industry, encouraging workplace diversity, and more. Join this session as WIB covers topics concerning women in biohealth and exploring what’s next for their initiative.

Dr. Lynn Allen-Hoffmann, Founder and former CEO of Stratatech Corporation, now a Mallinckrodt company; current Senior Vice President of Regenerative Medicine at Mallinckrodt; and Professor of Pathology and Laboratory Medicine at University of Wisconsin-Madison,will receive the Hector F. DeLuca Scientific Achievement Award, celebrating her exceptional success in developing regenerative medicine products that have the potential to transform the standard of treatment for burn care and wound healing and founding Stratatech, acquired by Mallinckrodt in 2016.

Cynthia LaConte, CEO and President of The Dohmen Company, will receive the Wisconsin Biohealth Business Achievement Award, honoring her achievements and vision to create a more efficient, effective and easy to use health experience. Under Cynthia’s leadership Dohmen Life Science Services was founded and is now recognized as the leading business process outsourcing company serving the life sciences industry. Cynthia has also fostered Milwaukee’s emerging high-tech healthcare industry through the growth of Dohmen’s Red Arrow Labs.

Precision medicine involves the tailoring of specific treatments, products, and medical decision-making to the individual based on genetic and biological markers. Hear from a panel of leaders in this field how the technology and mindset of precision medicine has the potential to change everything we know about healthcare.

The Wisconsin 2025 panel provides a unique insight into some of Wisconsin’s most successful biohealth companies and institutions. These companies choose to call Wisconsin home and are critical in developing the future of Wisconsin’s biohealth industry. Hear what it takes to create and nurture successful companies that are leading the way in healthcare products, delivery, and solutions. Each have a unique perspective on innovation related to services, products, and business models that you do not want to miss.

Belonging in the Workplace Encourages Success 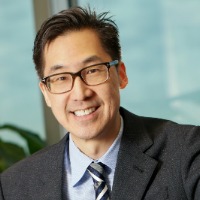 In this presentation, Dr. Rhew will explore how digital health innovations are creating new ways to increase patient engagement and improve patient outcomes while decreasing costs. He will discuss recent results from clinical trials to demonstrate the effectiveness of these technologies.

Dr. David Rhew is the Chief Medical Officer (CMO) and Head of Healthcare and Fitness for Samsung Electronics of America. David received his Bachelors of Science degrees in computer science and cellular molecular biology from the University of Michigan. He received his MD degree from Northwestern University and completed internal medicine residency at Cedars-Sinai Medical Center. He completed fellowships in health services research at Cedars-Sinai Medical Center and infectious diseases at the University of California, Los Angeles. Dr. Rhew has served as CMO and Vice-President for Global Healthcare at Samsung SDS; Senior Vice-President and CMO at Zynx Health Incorporated; clinician/researcher in the Division of Infectious Diseases at the VA Greater Los Angeles Healthcare System; and Associate Clinical Professor of Medicine at UCLA. Dr. Rhew has served on the National Quality Forum’s (NQF) Steering Committee for Pulmonary and Critical Care quality indicators and is currently on the NQF Consensus Standards and Approval Committee. He co-holds six U.S. technology patents that enable the authoring, mapping, and integration of clinical decision support into the electronic health record. Dr. Rhew’s interests include measurably improving the quality, safety, and efficiency of patient care and applying technology to engage patients and consumers in their health.

Join us at the close of the day on the second floor atrium of Madison’s Overture Center for a chance to network with attendees in an energetic atmosphere filled with delicious food and drink recipes designed with the 2017 Biohealth Summit in mind – The Forward Old Fashioned and The Isthmus Cocktail!

Overture Center for the Arts is a stunning architectural landmark in the heart of Madison’s thriving cultural arts district. In addition to housing ten resident organizations and presenting more than 200 performances, art exhibitions, and educational and community events each year.

STAY UP TO DATE

Want the latest updates on events and next year’s Summit?